Walk with the elephants in Mana Pools National Park.

Zimbabwe’s northernmost park has, with Sapi and Chewoe safari areas, been proclaimed a UNESCO World Heritage Site of outstanding universal value for its wildness, natural beauty and the extraordinary spectacle of wildlife massing along the Zambezi’s banks in the dry season.

The park and safari areas constitute 10 500km2 of unfenced wilderness in which animals are free to roam. Mana Pools faces Zambia’s Lower Zambezi National Park on the opposite bank of the great river and plans are afoot to declare this the Lower Zambezi-Mana Pools Transfrontier Conservation Area.

Four main pools (mana is Shona for four) and a series of smaller seasonal ones lie on the broad floodplains of the great Zambezi River, with its islands, open woodlands, baobabs and ebony and mahogany copses, backed by the Zambezi escarpment. Further south, thickets of impenetrable jesse bush and baobab-studded mopane woodland are largely left to the wildlife, although Chitake Springs is worth visiting in the dry season when it is the only remaining southern water source.

The best time to visit is during the comparatively mild dry season (April to October), when game gathers in astonishing numbers around the pools, riverbanks and islands. The park is closed at the height of the hot rainy season, when roads are impassable. Mana Pools is a haven for threatened species, with 12 000 elephants, many hippo, the Big Cats and African wild dog. Buffalo and zebra, eland, waterbuck, sable, nyala and impala throng the park, along with monkeys, baboon and warthog. The normally elusive honey badger has become habituated to humans around the camps.

Canoeing and walking are great ways to explore this pristine wilderness and encounter some of its 350 bird species. Mana Pools is one of very few African parks where visitors can walk with or without a guide, because the open woodland along the Zambezi affords good visibility. The apple-ring acacia, in leaf in the dry season, is a feature of these woodlands. Awareness that the nutritious pods and leaves attract elephants gives a certain edge to an unguided walk!

Fit nature lovers can also enjoy a three-day guided walking safari. Tracking lions on foot with the park staff is a unique and thrilling option for the adventurous traveller and assists the staff in their research.

Things to do in Mana Pools National Park

Ruckomechi, elegantly refurbished in 2016, is ideally located for an unforgettable safari experience, extending over a kilometre of river frontage with breathtaking views of the broad river and the Zambezi escarpment beyond. There are large concentrations of game along the river and on the wide floodplain behind the camp, which is located in the large, private Ruckomechi Concession in the north-west of Mana Pools, the only concession in the park. Ten spacious en-suite tented chalets overlook the river and offer all the amenities one could ask for – electricity, fans, hot and cold running water and indoor and outdoor showers… 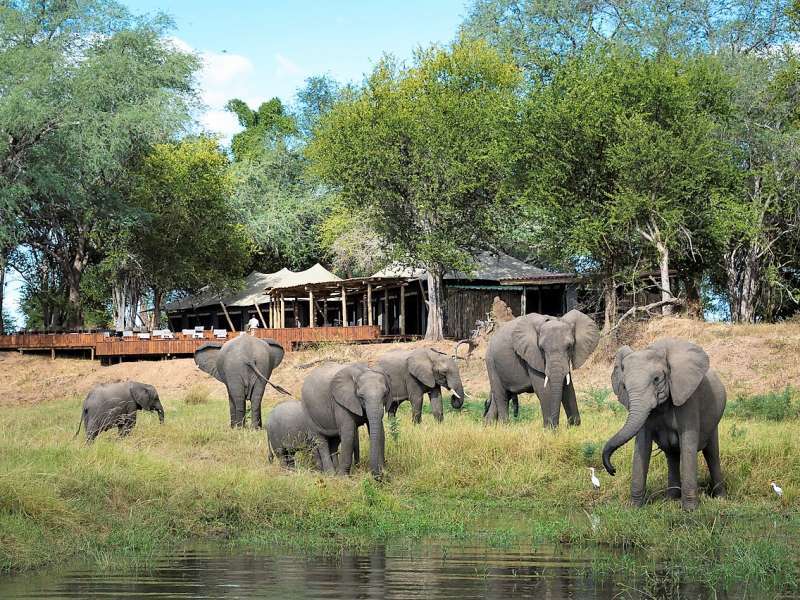 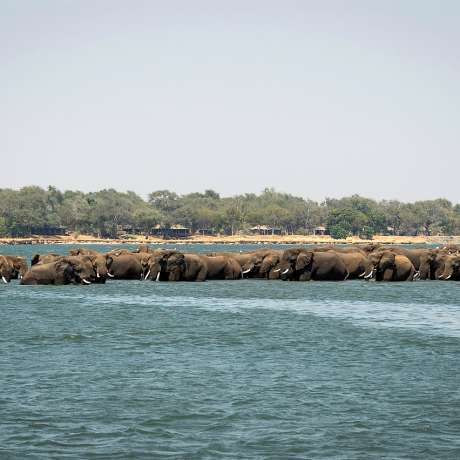