Situated in the northernmost reaches of Tanzania on the border of Kenya, the busy city of Arusha is a colourful gateway to the region. This is the launching point for intrepid explorers – whether they are setting off for the nearby Arusha National Park, touring the Ngorongoro Crater, visiting the Serengeti or climbing Mount Kilimanjaro.

Even though Dodoma and Dar es Salaam are Tanzania’s modern-day and historical capitals respectively, the city of Arusha and the region beyond are where much of the action lies. The bustling northern town is perfectly placed as a point of departure for safari tours as well as expeditions up Mount Kilimanjaro, which lies around 100km to the northeast. It’s from here, too, that visitors head to explore Tanzania’s northern national parks, including the Ngorongoro Conservation Area, Arusha National Park and Lake Manyara National Park, each teeming with wildlife in unspoilt African surrounds. Situated in the Great Rift Valley, Arusha is close to some of the most magnificent landscapes and landmarks in Tanzania and is situated at the southern foot of Mount Meru, the country’s second highest mountain.

The Maasai people are intimately tied to Arusha, since much of the region once belonged to them and you will spot many traditionally dressed Maasai while in and around the city. Many visitors choose to add a cultural tour to a traditional Maasai village or market to their itinerary for a glimpse of authentic African life. From Arusha, you will be able to experience numerous experiences – from one-day outings to week-long sojourns, including big cat safari tours, day visits to the Ngorongoro Crater, sightings of the elephants in the baobab forests of the Tarangire National Park and visits to the southern stretches of the magnificent Serengeti National Park, famed for its massive annual migration of wildebeest and zebra.

While there are scores of accommodation options both in Arusha city and its surrounds – from international chain hotels to private five-star lodges – one of the most authentic ways to experience the region is to join a guided camping expedition. Qualified guides will pitch your tents and lead you through unspoilt terrain in a bid to get you up close and personal with herds of elephant and prides of lion in their natural environments. Falling asleep under a canopy of stars in the wilds of Tanzania is surely a once-in-a-lifetime opportunity. And while there are curios and masks aplenty to be found in and around Arusha, it may well be the brilliant blue tanzanite stone that captures your imagination. Unique to the region, tanzanite is regarded as one of Africa’s most precious commodities, a thousand times rarer than diamonds.

Things to do in Arusha

On the outskirts of the bustling city of Arusha, Arusha Coffee Lodge is a perfect haven of relaxation before or after any East African safari. Located about one hour from Kilimanjaro Airport and a 10–15 minutes’ drive from small Arusha Airport, it’s a beautiful, serene place with magnificent gardens surrounded by evergreen coffee fields and a backdrop of Mount Meru. Just 30 gracious plantation-style bungalows radiate out from the original homestead, which dates back to the early 1900s. Each spacious bungalow is well appointed, featuring beautiful African decor and is warmed in winter by an atmospheric open fireplace. An excellent… 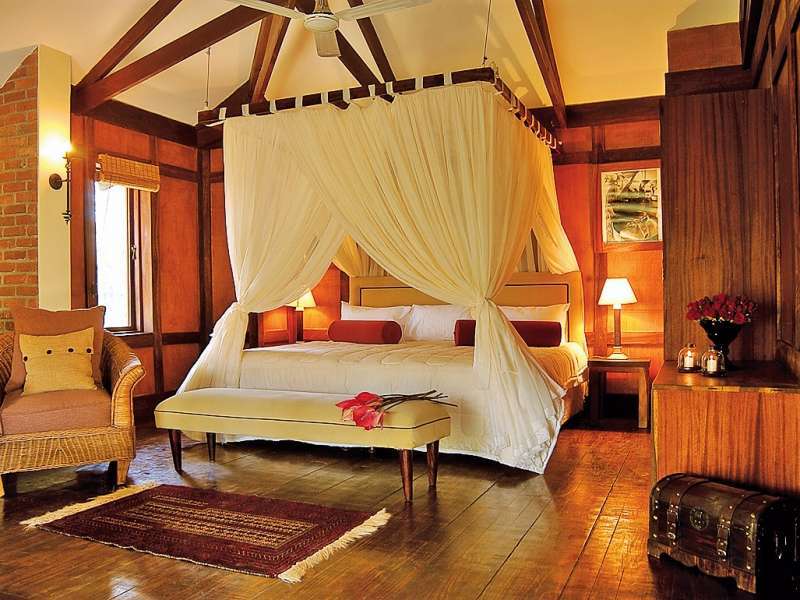