Surrounded by desert thirstland, the very existence of this watery wonderland seems mysterious and magical, and its game-filled expanse offers heart-stopping and extraordinarily intimate encounters with Africa’s wild animals.

The Jewel of the Kalahari, as it is often called, is fed by the third-largest river in southern Africa, the Okavango. Over millenia tons of sand have been carried down the river from the Angolan highlands and deposited here, to form a fan-shaped delta that covers up to 22 000km2 at times of peak flooding. Fed as it is by summer rainfall in Angola, the time it takes for these waters to cross Botswana and spill over into the vast Okavango Swamps seems strangely perfect: just as Botswana’s summer rains dry up in April and May, the floodwaters begin their journey from Angola, bringing fresh water and growth to the Kalahari Basin. The flow and distribution of the water to the Okavango Swamps changes continually as tectonic plate activity underground shifts the playing fields, adding a capricious unpredictability that ensures things never stay the same and there is always something new to surprise you here.

This lush water-wilderness is an untouched delta of striking beauty and remarkable tranquillity. Channels and wetlands dotted with islands lace their way through the papyrus swamps, shallow reedbeds and grassy floodplains. The sheer number of species hosted by this pristine biodiversity hot spot is astounding: 530 species of birds, 160 species of mammals, 155 species of reptiles, 35 species of amphibian, 85 species of fish and 1 500 species of plant!

The concentration of big game and both permanent and seasonal wildlife has to be seen to be believed. A seasonal shift sees some inhabitants come and go: in the dry winter months animals from the arid surrounding regions move closer to the grazing surrounding the waters, while they disperse in the wet season as lush grazing covers more of the Kalahari Basin. As well as Africa’s Big 5 – elephant, buffalo, lion, leopard and rhino – look out for giraffe, impala, red lechwe, sitatunga, kudu, wildebeest, sable, bushbuck, reedbuck, roan, tsessebe, zebra, baboon, warthog, hippo, Nile crocodile. Predators include cheetah (a rare sighting here), brown and spotted hyena, African wild dog

One of the special things about the Okavango Delta is the many ways you can explore its pristine beauty. The level of guiding is outstanding, and extremely knowledgeable guides and trackers can help you track down wildlife on the larger islands (Chief’s Island during 4×4 game drives on open safari vehicles, during guided walking safaris or by horseback. Exploring the waterways and secret channels of the Delta by boat or mokoro (dugout canoe) affords you an incredible opportunity get right up close to these wild creatures. Or take to the air by helicopter or hot-air balloon for an astonishing bird’s-eye perspective and to make memories that will last a lifetime.

Things to do in Okavango Delta

Owned by Dereck and Beverly Joubert – National Geographic filmmakers, conservationists and explorers – Duba Plains is designed to meld into the landscape and to take advantage of the shapes and textures of shade. Five traditional safari-style tents on raised decking, plus a separate two-bedroom suite, make up this intimate and exclusive camp, where you can relax on your own private deck overlooking the surrounding floodplain and watch a steady stream of wildlife parading past. Each tent has its own private plunge pool and undercover sala (day rest area), as well as a beautifully appointed en-suite bathroom comprising flush toilet,… 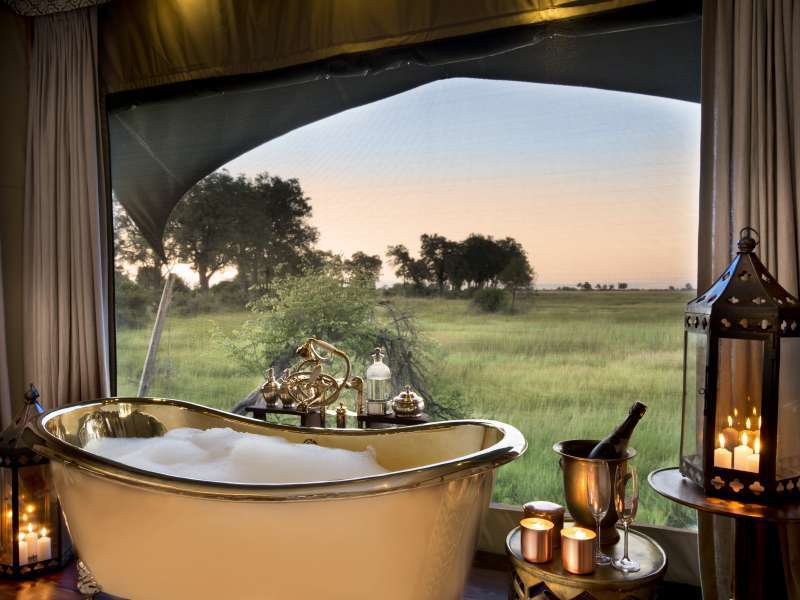 One of the special attractions of authentic, traditional, rustic Footsteps Camp is its exclusivity. Each family has the use of the private six-bedded camp, a professional guide, personal chef, waiter, housekeeper and dedicated mokoro guides. This gives you total flexibility to explore the bush at your leisure. This comfortable private camp accommodates guests in three specially designed, twin-bedded, Meru tents complete with sewn-in floors. One of the tents can be converted into a family unit that sleeps five. Each tent has its own newly refurbished en-suite bathroom including wash basin, porcelain flush toilet and bush shower, and even a daily… 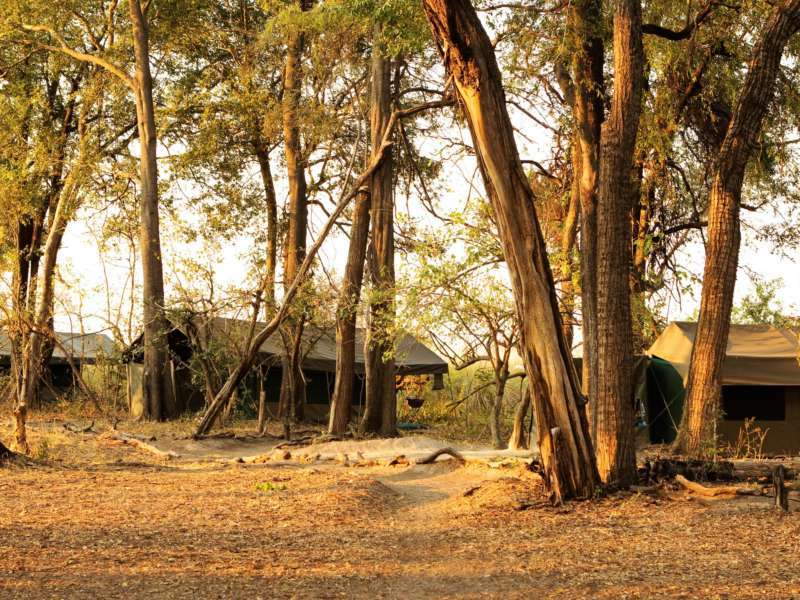 Shaded by lush riverine forests and set in an area where islands fringed with riverine forests meet vast productive floodplains, luxurious Jao Camp provides the ultimate Okavango Delta water experience. The nine beautifully designed, totally private thatched tents are situated under a canopy of shady trees. A private sala on the deck of each spacious tent is the perfect place for an afternoon siesta, with astounding views of the delta. Each luxurious guest tent includes a spacious bedroom, lounge, deck with sala and en-suite facilities with indoor and outdoor showers, double vanities and a bathtub. In addition to the main lounge… 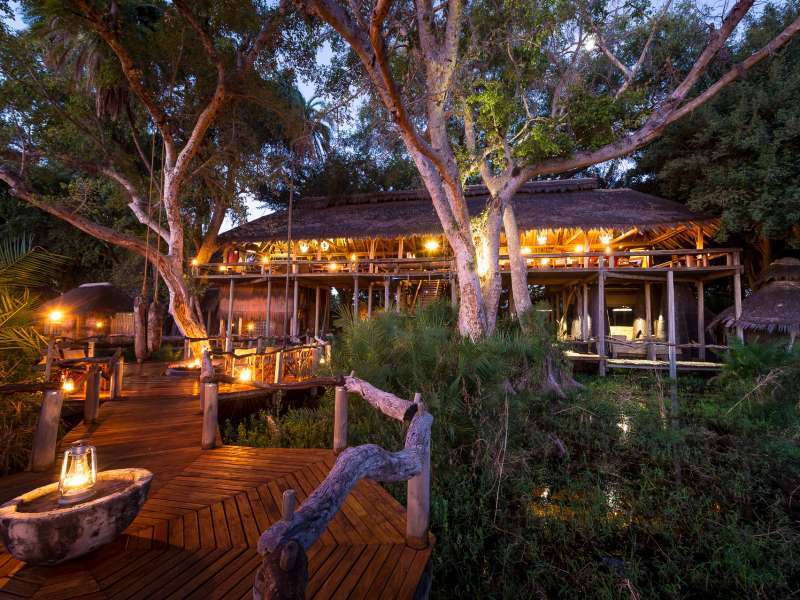 A hidden jewel on the Xudum River, Kanana – in a private concession in the southwest of the Okavango Delta – offers superb land- and water-based safari activities. The area encompasses a necklace of islands dotted with palms, figs, ebony and knobthorn, and is home to myriad birds, plants and animals. The nature of the habitat means it is the perfect place to experience the diversity of species found within the Okavango Delta. Guests are accommodated in seven spacious twin- and double-bedded safari tents and one family tent, each with en-suite bathrooms with shower, hot and cold running water and… 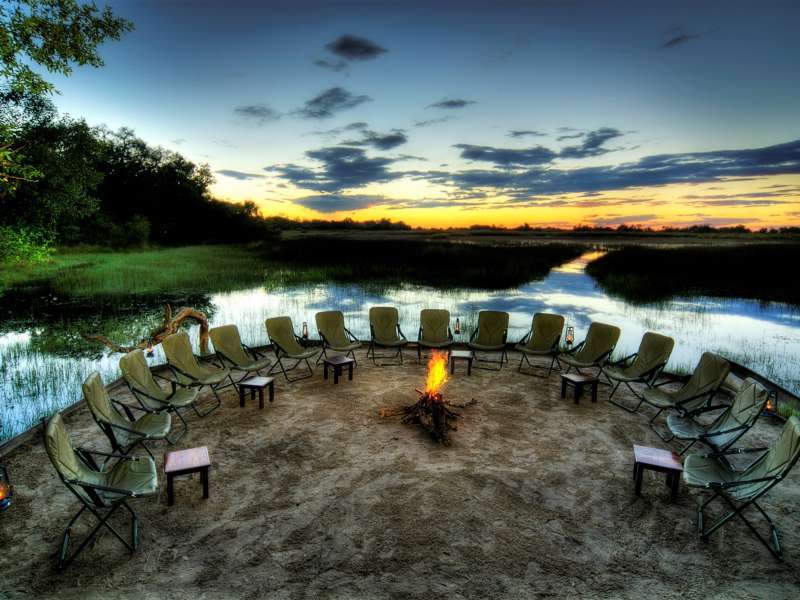 This tranquil oasis comprises just five spacious twin-bedded mosasa on raised teak decks with blissful river views. Each beautifully appointed mosasa has an en-suite bathroom, indoor and outdoor shower, hot and cold running water and flush toilet. The honeymoon suite features a double bed, bathtub and indoor and outdoor shower, while each of the two family units consists of two bedrooms sharing spacious bathroom facilities. Romantic mosquito nets and fans set the ambience in your mosasa, where canvas and mesh-screen walls open onto the great outdoors. Between game drives you can relax on your own private veranda and watch hippo… 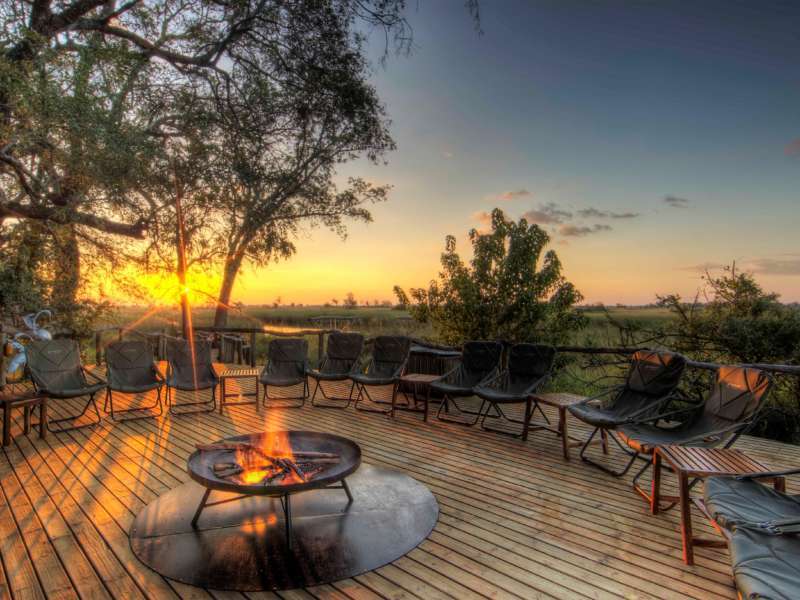 Newly opened Splash is a unique offering in that it boasts both a seasonal and a permanent water experience for visitors to this pristine part of the Okavango. Secret channels and hidden islands play host to more wildlife and birdlife than you could ever imagine, while the nearby bush wilderness adds a land-based element – and even more diverse sightings. Game viewing here is more extensive and exciting than you could ever have hoped. The intimate camp consists of just 12 custom-built en-suite tents, suspended on a deck overlooking a pan that is a favoured meeting point for the area’s… 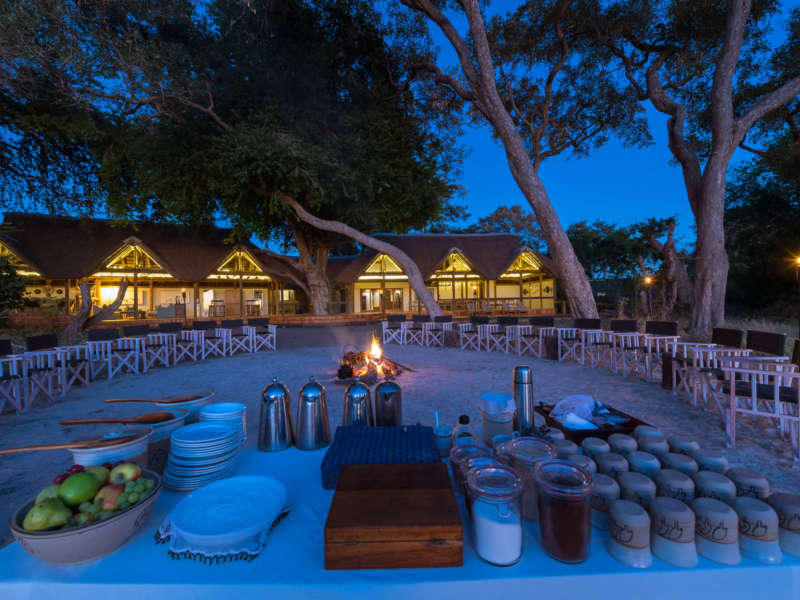 Vumbura is designed to minimalist principles but with an eye to maximum comfort and luxury. Streamlined design is warmed by the use of warm, tactile, natural materials and a pleasingly neutral colour palette that blends effortlessly into its location tucked under a canopy of trees fringing the grassy Delta channels and plains. At Vumbura Plains, lofty spaces and outsized suites soar up to the high thatched ceilings that allow air to circulate freely. Each open-plan suite is raised into the canopy by wooden decks, which also connect the rooms as they thread through the leafy trees, offering superb views of… 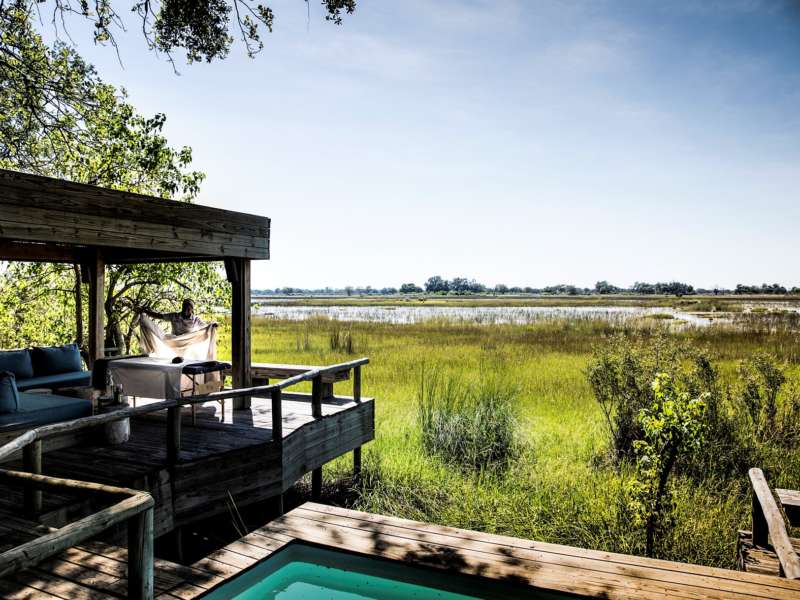